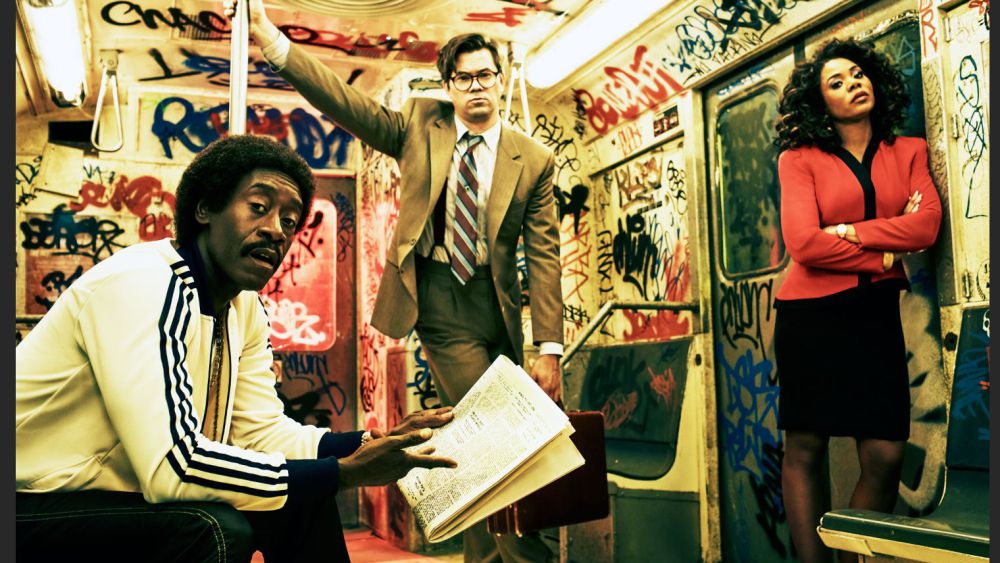 Has Black Monday Season 2 survived the cancellation reaper? When is next season of Black Monday on? Find out below!:

"Black Monday" returns for its midseason premiere on Sunday, June 28th. Here's everything you need to know about the second half of season two:

What is "Black Monday"?

"Black Monday" is a comedy show following The Jammer Group, a fictional trading firm allegedly responsible for the most infamous stock market crash in history.

Here's Showtime's official summary: "Travel back to October 19, 1987—aka Black Monday, the worst stock market crash in the history of Wall Street. To this day, no one knows who caused it … until now. This is the story of how a group of outsiders took on the blue-blood, old-boys club of Wall Street and ended up crashing the world’s largest financial system, a Lamborghini limousine and the glass ceiling."

What can we expect for the second half of "Black Monday" Season 2?

Season one culminated in a fateful market crash and the death of two characters. In season two, Mo and Keith are back on the hunt for money and power, putting them at odds with Dawn and Blair once again.

Season two picks up again after a brief hiatus with episode seven titled, "Who Are You Supposed To Be?" According to Showtime: "At a Halloween party, Blair tries to make the trade of a lifetime, Mo and Dawn argue over an opportunity, Tiff and Corkie loosen up, and Keith phones a friend."

Who's starring in "Black Monday" Season 2?

How many episodes are left in "Black Monday" Season 2?

There are only four episodes left in season two. Who will go down for the crash? Who will be blamed for the murder? We'll have to watch to find out.