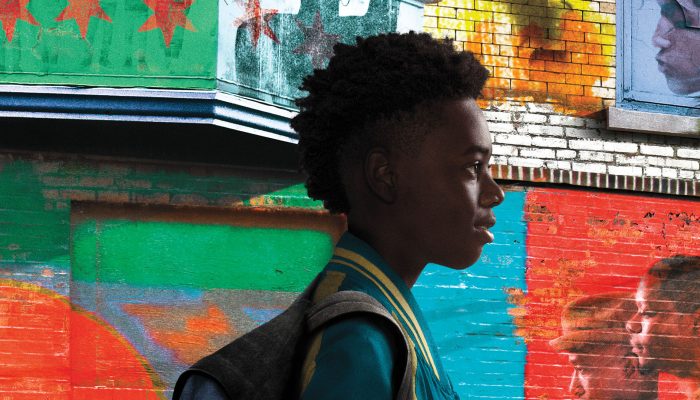 About The Chi TV Show

Season three of "The Chi" premieres Sunday, June 21st. Here's everything you need to know:

What is "The Chi" about?

Here's the official synopsis from Showtime: "On Chicago's south side, an average day finds kids prepping for school as their parents head off to work, young adults trying to make a living, and the elders keeping an eye on things from their front porches. But in this tough neighborhood, real dangers threaten daily to squelch dreams, and the simplest decisions can have life or death consequences. From Emmy® winner Lena Waithe, The Chi is a timely coming-of-age drama series centered on a group of residents who become linked by coincidence but bonded by the need for connection and redemption."

What can we expect from "The Chi" Season 3?

Season three of "The Chi" will be significantly different from past seasons because a key character, Brandon, will be absent. Jason Mitchell, who plays Brandon, was removed from the show after misconduct allegations surfaced, prior to filming.

Different may not be a bad thing. The loss of one character means the show will likely be able to focus more on other storylines. Jacob Latimore, who plays Emmett on "The Chi," told The Chicago Sun-Times, "I just feel like we as a cast, we have so many more colors to show. And I just think this time around the whole entire cast — you see so much more range from everybody that we didn’t get to see the first two seasons because our characters are still developing. And that’s the beauty of a series where you cannot keep going back to [an unchanged] character every season every year. You know, four months out [of] a year and dive in deeper into the development of the character."

It seems like season three will focus on the children of Chicago more than ever before. The overarching story will explore the ways in which the Black community and the police respond when a Black girl goes missing. That being said, season three will focus less on the police. Two police officers whose storylines were heavily present in prior seasons will only be mentioned by name in season three. The move will allow the show to focus more on individual members of the community. “I think that gave us some room to dig deeper into the lives of our characters and our cast rewarded us with some amazing performances,” executive producer Justin Hillian told Parade.

"THE CHI revels in revealing the beating heart of the South Side of Chicago," said Gary Levine, President of Entertainment, Showtime Networks Inc. when the renewal was first announced. "We, like our viewers, have fallen in love with these characters and we remain eager to see where Lena and her fellow artists will take them in season three."

When does "The Chi" Season 3 premiere?

Season 3 Episode 1 is titled, "Foe 'Nem." According to the logline, "A wedding alters Kevin and Kiesha's lives; Emmett juggles his business and his growing family; Ronnie struggles to find his way; Jake's estranged brother Trig lands back in town on a mission."

How many episodes of "The Chi" Season 3 will there be?

Seasons one and two lasted 10 episodes. It looks like season three will last the same number of episodes as its predecessors.

There's no word from Showtime on whether we'll be getting a fourth installment of "The Chi." However, a fourth season is likely. Check back here for updates on "The Chi" season four.

For even more The Chi cancellation/renewal news, see here.