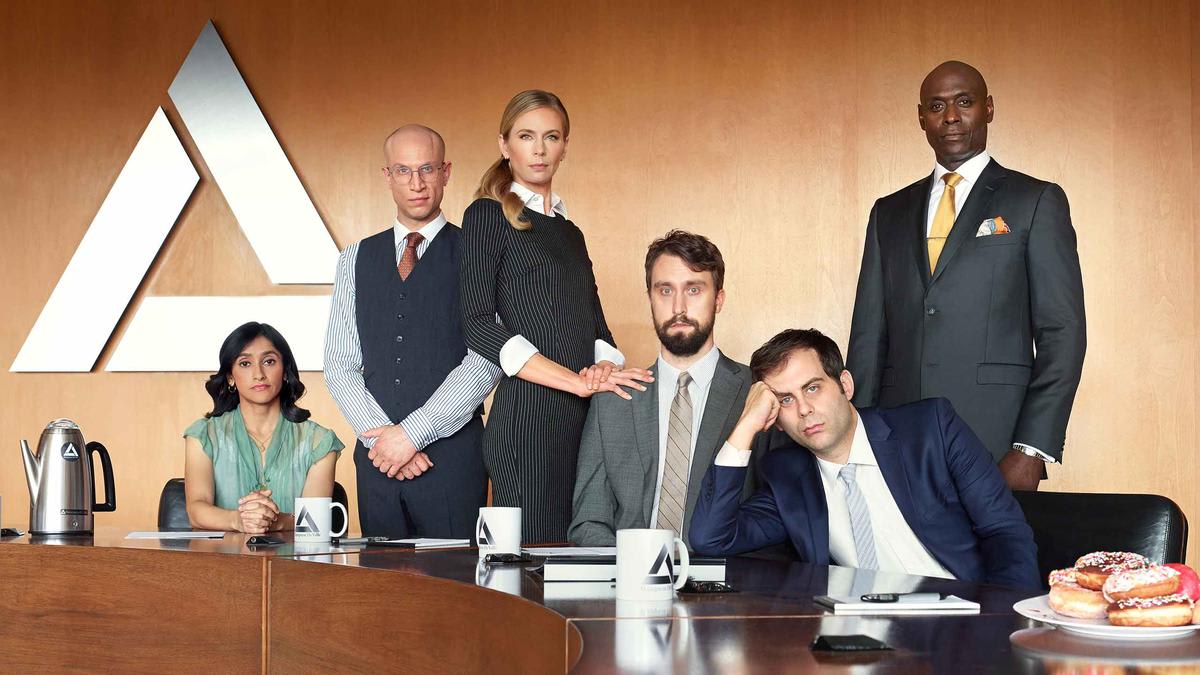 Has Corporate Season 3 survived the cancellation reaper? When is next season of Corporate on? Find out below!:

Comedy Central premieres the third and final season of "Corporate" on Wednesday, July 22nd. Here's what to expect for the final episodes:

What is "Corporate" about?

Here's the official summary from Comedy Central: "Corporate stars Weisman and Ingebretson as two Junior Executives-in-Training at Hampton DeVille, a heartless, corporate hell-hole led by tyrannical CEO Christian DeVille (Lance Reddick) and his top lieutenants, sycophants John and Kate (Adam Lustick and Anne Dudek). As Jake and Matt navigate an ever-revolving series of disasters their only ally is Grace (Aparna Nancherla), a Hampton DeVille Human Resources rep who is beleaguered by both her job and her exhausting relationship with the very needy Jake and Matt."

What can we expect for "Corporate" Season 3?

According to Vulture, Comedy Central circulated a press release which gave some hints about what the final season will focus on. "For those stuck working from home and communicating by daily video conference calls,” the press release read, “Corporate offers a return to the comfort and nostalgia of the grim and soul-crushing office life.”

Who stars in "Corporate" Season 3?

So far, we can confirm that season three will include Matt Ingebretson, Jake Weisman, Aparna Nancherla, Lance Reddick, Anne Dudek, and Adam Lustick.

How many episodes will there be in "Corporate" Season 3?

When does "Corporate" Season 3 premiere?