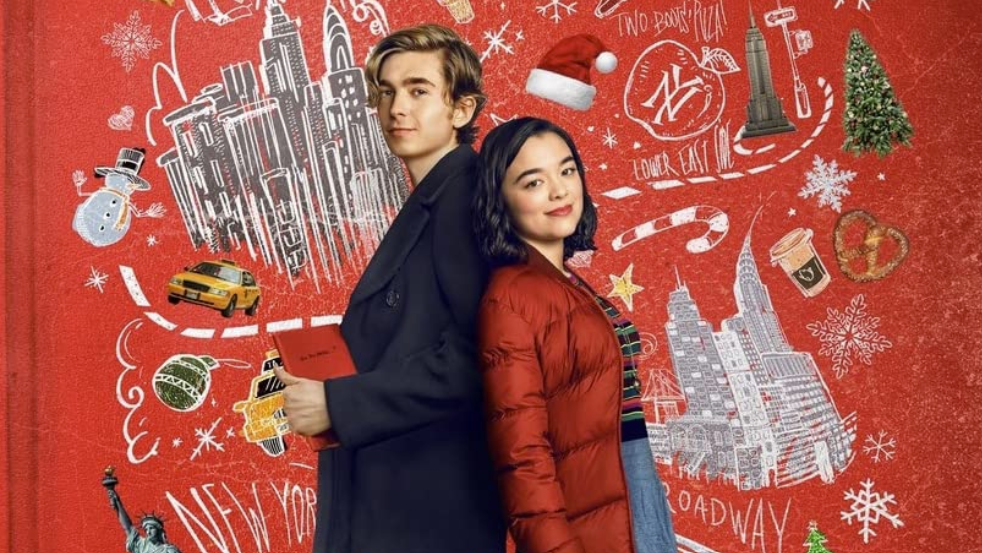 Ready for a dose of Christmas spirit? "Dash & Lily" premieres November 10th on Netflix. Here's everything we know about this new holiday-oriented series:

"Dash & Lily" is based on a young adult book series titled, "Dash & Lily's Book of Dares" by David Levithan and Rachel Cohn. Per Netflix: "Opposites attract at Christmas as cynical Dash and sunny Lily trade messages and dares in a red notebook they pass back and forth around New York City."

"Dash & Lily" was shot in 2019 in New York City, pre-pandemic. Its November 2020 release date is partially due to the fact that season one occurs during Christmas-time. Series creator Joe Tracz told Entertainment Weekly in a statement, "We shot Dash & Lily on location in the fall and winter of 2019, filming in so many of my favorite places, with no idea how different the city would look by the time we came out. I miss that New York, but I’m grateful to be sharing this story with the world right now."

Tracz added, "Our series is a romantic comedy that (like Lily) is unapologetically hopeful, while (like Dash) acknowledging that it's not always easy to believe...Like Lily, I’ve always been a believer in love, and in the power of love stories to inspire and uplift. I hope, this season, Dash & Lily can do that for you. So please, warm some cocoa, put on your coziest sweater, and come to New York for the holidays… if only in your dreams."

When does "Dash & Lily" premiere?

Catch the series premiere on November 10th on Netflix.

How many episodes are there in "Dash & Lily" Season 1?

Season one will last eight episodes.

It's unclear if a "Dash & Lily" will receive a second installment. If the show does well enough, Netflix might opt for additional seasons. Check back here for more updates on "Dash & Lily" season two.