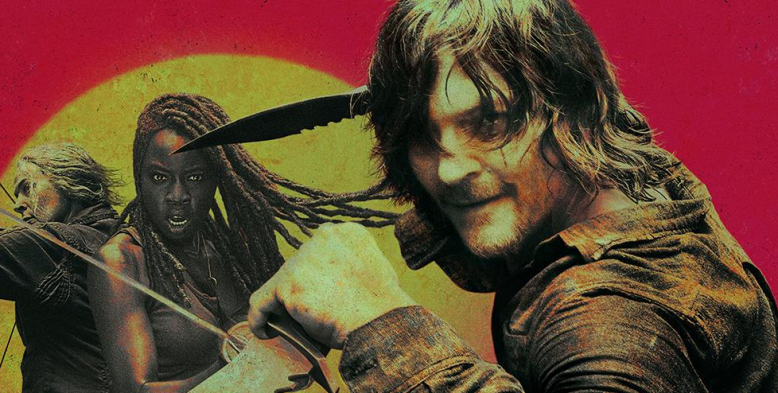 About The Walking Dead TV Show

“The Walking Dead” season 10 finale is no longer on hold. The outcome of the Whisperer War premieres this Sunday, October 4th. The finale was originally set to premiere April 12th, but AMC shut down production on the final installment in the midst of COVID-19 concerns.

What is “The Walking Dead” about?

Originally based on a comic book series written by Robert Kirkman, AMC's “The Walking Dead” debuted in 2010. The gritty drama follows human survivors as they navigate life during the zombie apocalypse. They find themselves constantly on the move, desperately searching for a safe place. The increasing pressure to stay alive pushes many to the brink, raising questions about the true depth of human cruelty. "Those who are left behind soon discover that the overwhelming fear felt by survivors can often be more deadly than the zombies walking among them," the synopsis reads.

Season one of "The Walking Dead" lasted only six episodes and followed Rick Grimes, a small-town sheriff's deputy. In episode one, Rick wakes from a coma and discovers that he is alone in the midst of a zombie apocalypse. Driven by the need to find his son and wife, he navigates a wasteland filled with "walkers" and forms relationships with other survivors.

Since its initial premiere, the show has distinguished itself from the comics by adding new characters and storylines.

Who is starring in the second half of “The Walking Dead” Season 10?

When did “The Walking Dead” Season 10 Episode 9 premiere?

The midseason premiere of "The Walking Dead" debuted on AMC at 9 p.m. EST on Sunday, February 23rd. Seasons 1-9 are available on Netflix. If you're looking to stream any episodes you've missed, the first half of season 10 is available on AMC.

Will there be a "The Walking Dead" Season 11?

AMC already announced that "The Walking Dead" will have an eleventh and final season. Check back here for more information on the season 11 release date.