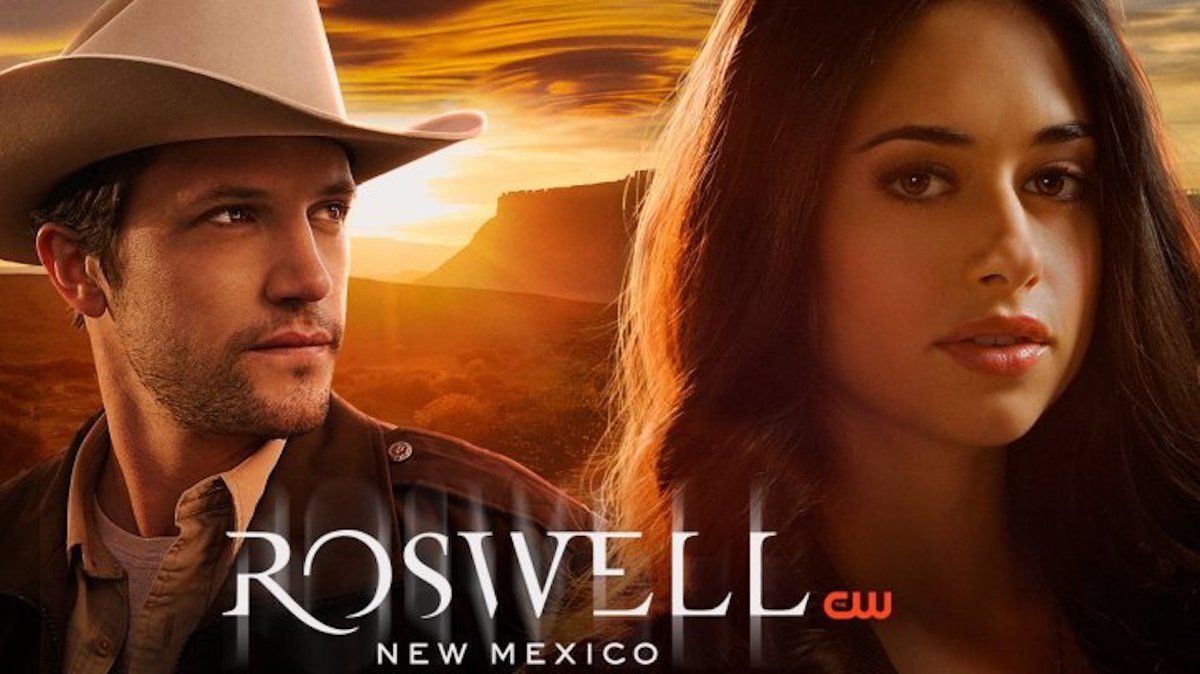 Are you ready to binge-watch a new season of Roswell, New Mexico? Season 2 premieres Monday, March 16th on The CW. Here's everything you need to know to get caught up:

What is "Roswell, New Mexico"?

"Roswell, New Mexico" is actually a reboot of a WB Network/UPN drama. "Roswell" premiered in 1999 and lasted three seasons. The first season of "Roswell, New Mexico," which debuted in 2019, takes an immigration-focused look at the events of its source material.

"More than maybe anywhere else on Earth, Roswell, New Mexico is ground zero for those who seek proof that aliens exist. Roswell native Liz Ortecho left it all behind 10 years ago, after the death of her beloved older sister, Rosa. But with her father ailing, she reluctantly returns to her tourist-trap hometown to move back in with him. When Liz arrives, she reconnects with Max Evans, her teenage crush who is now a Roswell police officer. Their chemistry is instantly electric. But Liz soon discovers a shocking truth: Max is an alien who has kept his unearthly abilities hidden his entire life, along with those of his otherworldly siblings, Isobel and Michael.

"As the two grow closer after a decade apart, Liz finds it difficult to keep the truth from her best friend, Maria De Luca, and her trusting high school ex, Dr. Kyle Valenti. Also hiding their extraterrestrial origins are Isobel and Michael, with Isobel not even revealing the truth to her husband, Noah, and Michael keeping his identity hidden beneath a bad-boy exterior of hard living and casual hookups. Meanwhile, a long-standing government conspiracy spearheaded by Master Sgt. Jesse Manes, along with the politics of fear and hatred that run rampant in Roswell, threatens to expose Max and his family, and could endanger his deepening romance with Liz... as well as their lives."

What can we expect for "Roswell, New Mexico" Season 2?

Showrunner Carina Adly Mackenzie spoke to TVInsider about season two ahead of its premiere. Here are the biggest takeaways:

What will happen to Max Evans? “We’re not going to forget about him,” showrunner MacKenzie told TVInsider, “but we definitely open Season 2 in the place where Liz is dealing with two extremely conflicting emotions: extraordinary grief and extraordinary joy.”

How will Isobel move on after learning the truth behind her husband and his actions? "Especially now, with Max gone, she wants to be able to protect herself and the people she loves," MacKenzie told TVInsider. "So she's going to be working on exploring new potentials."

What about Manes' father? Will he remain in a coma? "The conflict between Kyle and Manes's basic ideology is going to be a big thing," Mackenzie teased, suggesting Manes wakes up in season two.

One thing is for sure -- season two will focus on Rosa and her relationship with Liz. Mackenzie explained to TVInsider, “Her little sister is now her older sister. She is, because of this ‘miracle,’ a person who is essentially undocumented in a whole new way. She’s still a teenage drug addict.”

Who is starring in "Roswell, New Mexico" Season 2?

Season one featured a pretty close-knit cast. Series regulars include Liz Ortecho (Jeanine Mason), Max Evans (Nathan Parsons), Michael Guerin (Michael Vlamis), Isobel Evans (Lily Cowles), Kyle Valenti (Michael Trevino), and Alex Manes (Tyler Blackburn). Jason Behr, the actor who played Max Evans in the original "Roswell," will be joining the cast for season two. It's unclear who he will be playing. Gaius Charles will also be joining the cast as an unknown character. Justina Adorno will play Steph in season two. According to showrunners, Steph is a "witty, sharp-tongued, well-educated young woman, who isn’t afraid to express her opinions — even though they tend toward controversial in some circles." Finally, Cassandra Jean Amell will play Louise, an alien who escaped the fateful 1947 crash.

Will there be a "Roswell, New Mexico" Season 3?

"Roswell, New Mexico" was renewed for a third season ahead of its season two premiere. Carina Adly Mackenize announced the team was already hard at work -- she'll begin working on scripts for the third season on March 16th.