Outer Banks TV show cancelled or renewed? Learn about the cancellation status of Outer Banks below. 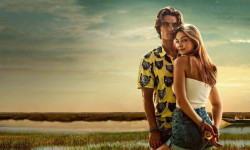 Outer Banks is a coastal town along the Outer Banks of North Carolina, where there's an extreme social divide between wealthy seasonal residents and working-class locals. The show follows a group of Pogue teenagers who live at The Cut, and are determined to find out what happened to John Bs father - even if it means finding themselves caught up in his past crimes! Chased by law enforcement as well as some very powerful Kooks from Figure Eight cove (who also happen to be their friends), these Pogues will have plenty more obstacles thrown seemingly insurmountable odds before they reach the treasure that may or not hold all those answers.