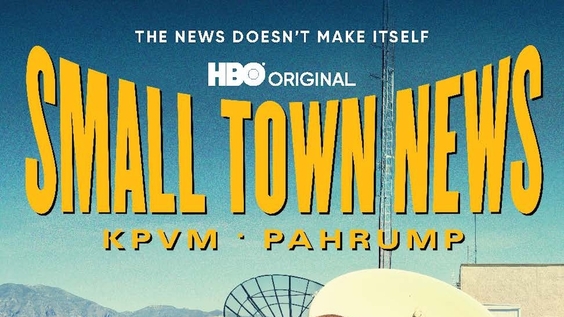 “Small Town News KPVM Pahrump” premieres Monday, Aug. 2, on HBO. Here’s everything you need to know about the show so far:

What is ‘Small Town News KPVM Pahrump’ About?

In a time of divisive politics, the KPVM TV station in Pahrump tries to show respect and camaraderie for those with different political leanings. In an era where polarizing news is all too common, this small town’s private television station stands out as one that strives to present both sides respectfully and without bias.

“Small Town News KPVM Pahrump” provides an entertaining glimpse into the scrappy, hard-working local news broadcaster looking to expand in a big market during challenging times. With warmth and admiration for their can-do spirit, community pride and political diversity among its charismatic staff members it would seem that even though these are trying times they have never been more prepared or ready than ever before!

This series provides us with an intimate look at small town life through the eyes of someone who is not necessarily from there but has always had ties here. The show also gives you insight on how this person views people he may work closely with as well as those who live near him such as neighbors or relatives.

Among the many obstacles KPVM faces in this tumultuous time, one of its most daunting is navigating their own internal political leanings. For a media outlet that strives to remain neutral and boost viewership, it’s not just about who they decide to interview or what stories are covered. It’s also about which side of an issue they take because there will always be someone on the other side demanding equal representation — even if neither party agrees with each other. And when you’re working amongst people from all sorts of different backgrounds (Pahrump citizens), sometimes these disagreements can get heated — especially among those across opposing sides like liberals vs conservatives.

Who Stars in ‘Small Town News KPVM Pahrump’ on HBO?

The series stars station owners Vernon and Ronda Van Winkle as well as other on-air and off-air personalities at the station.

“Small Town News KPVM Pahrump” premieres on Monday, Aug. 2, at 9 p.m. on HBO and HBO Max. It will be broadcast in six half-hour episodes.

Will There Be a ‘Small Town News KPVM Pahrump’ Season 2?

It remains to be seen if there will be a “Small Town News KPVM Pahrump” Season 2. Check back here for updates.