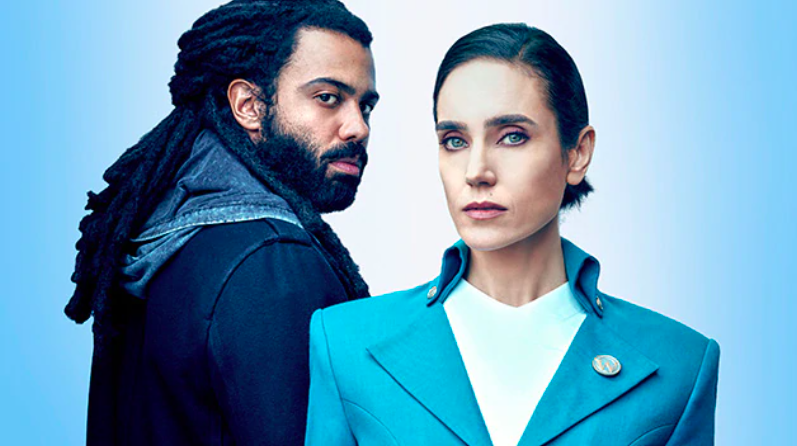 Season 2 of "Snowpiercer" kicks into gear on Monday, January 25th. Here's everything you need to know about the latest episodes of this post-apocalyptic drama:

What is "Snowpiercer" about?

"Snowpiercer" is a dystopian tv series based on a 2013 movie of the same name directed by Bong Joon-ho. That movie was based on a 1984 french graphic novel titled, "Le Transperceneige."

The tv show starts seven years after an ice age has transformed the world into a frozen wasteland. Barreling through this icy nightmare is a single self-sustaining train, carrying the final members of the human race, on an endless loop. People aboard the train are divided by class with the richest people towards the front and the poorest towards the back. Each person serves an important function in this perfectly balanced environment, or so the conductor claims. What will happen when the members of the rear train car attempt to shift the balance of power?

What can we expect for "Snowpiercer" Season 2?

Here's the official synopsis for "Snowpiercer" Season 2: "A new power struggle emerges, causing a dangerous rift as people are divided between their loyalty to Layton and to Mr. Wilford, who has a new train, new technology and a game plan that keeps everyone guessing. While Layton battles Wilford for the soul of Snowpiercer, Melanie leads the charge on a shocking new discovery that could change the fate of humanity."

Season 2 Episode 1 is titled, "The Time of Two Engines." The premise reads, "Mr. Wilford arrives and threatens Snowpiercer, so Melanie makes a move that can't be undone."

Who stars in "Snowpiercer"?

How does "Snowpiercer" differ from the movie?

TNT's "Snowpiercer" hopes to distinguish itself from previous renditions by expanding upon the initial premise and characters. Star Daveed Diggs told IGN that the show "broadens the world exponentially." Diggs added, "So the politics that are hinted at in the film are explored in much more depth, and the mechanism of the train [is explored further] — just the little things that create a world, world specificity."

"Snowpiercer" went into production in 2015, just two years after the movie premiered. A number of delays, including changing writers and networks, pushed the premiere date nearly five years.

When does "Snowpiercer" Season 2 premiere?

Will there be a "Snowpiercer" Season 3?

Yes. Confident in the continued success of "Snowpiercer," TNT renewed the series for a third installment, ahead of the season two premiere. Check back here for more updates on "Snowpiercer" season three.