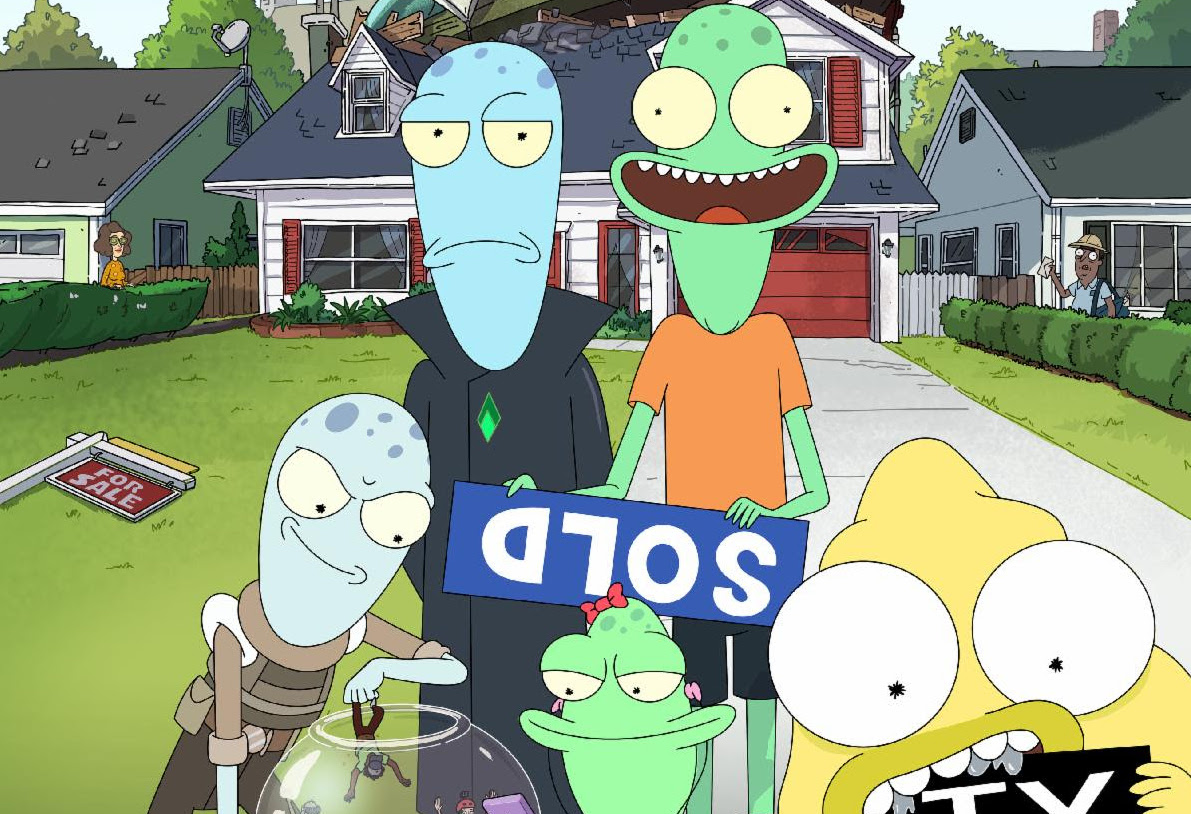 What's the premise of "Solar Opposites" Season 2?
Season one warmed us up to the initial feel of Solar Opposites, a group of four aliens who have managed to escape an explosion in their home world only to land in suburban America. Ever since they've landed on Earth, the strange family has been divided on the topic of whether or not they enjoy their new Earth life or loathe it with their entire being. Season 1 focuses on various sci-fi, extra-terrestrial aspects which fans can also expect to see in season 2.

What is "Solar Opposites" Season 2 about?
There hasn't been any confirmation on what exactly will be happening in season 2, but there has been mention that "The Wall" is going to make an appearance in the second season. A recap of what the wall is about: Yumyulack's enormous terrarium of trapped humans he's shrunken down with a shrink ray. The Wall was the most apparent break-through achievement of the opening season; and it's safe to say that everybody who watched it, discovered themselves to be captivated and astonishingly moved by the sequential, thrilling plot.

In season two, The Wall will continue to be an incredible narrative tool for Solar Opposites, thus enabling the show to use and play on metaphors from more dramatic genres.

Who stars in "Solar Opposites" Season 2?
Fans can expect to see some of their favorite characters from season 1 like:

Justin Roiland as Korvo: a smart alien scientist who detests Earth and wishes to leave as quickly as possible.

Thomas Middleditch as Terry: Korvo's hopeful and foolish partner who likes being on Earth and is intrigued by human culture.

Sean Giambrone as Yumyulack: Korvo's clone, a self-proclaimed scientist and prize hunter. He has a tendency to shrink people he loathes to add to his terrarium, called the Wall, which in itself has developed into a mini-civilization.

Mary Mack as Jesse: Terry's clone who is usually gracious and wants to fit in with human society.

How long is "Solar Opposites" Season 2?
Season 2 will consist of 8 episodes. Each episode is expected to be +-25 minutes long.