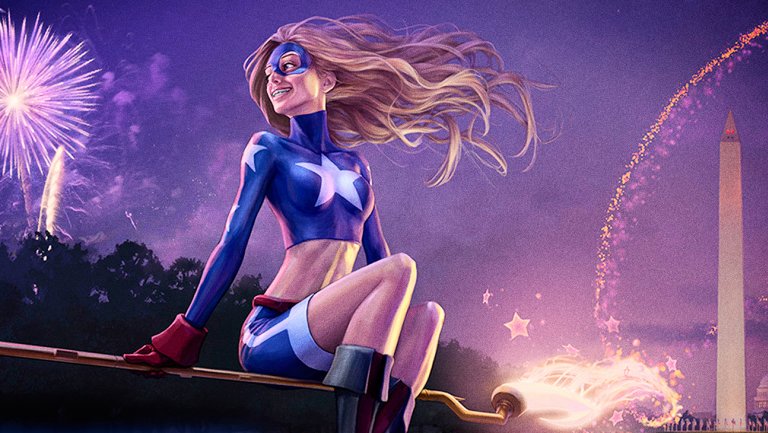 Has Stargirl Season 1 survived the cancellation reaper? When is next season of Stargirl on? Find out below!:

"Stargirl" is the latest DC superhero adaptation from The CW. Here's the rundown to catch you up on the latest news:

What is "Stargirl" about?

"Stargirl" is the story of Courtney Whitmore, a teen whose life gets upended when her mom remarries. Cortney is suddenly forced to move from moves Los Angeles to Nebraska, leaving behind her friends and everything she's ever known. Courtney struggles to get along with her step-dad, Pat, and his son Mike, while trying to adapt to a new school. Everything changes when Courtney discovers her step-father's secret hidden away in the cellar: a magical staff that will imbue her with the powers to fight crime.

The show has been called "joyous," "cheesy," and "comedic." The tone is comparable to Back to the Future and E.T. the Extra-Terrestrial. It's chock full of easter eggs for loyal DC fans, and plays well alongside other DC Universe shows including "Titans," "Doom Patrol," and "Young Justice: Outsiders."

Here's the official logline for the pilot: "Courtney's seemingly perfect life in Los Angeles gets upended with a move to Nebraska; when Courtney discovers that Pat is harboring a major secret about his past, she ultimately becomes the unlikely inspiration for a new generation of superheroes."

Who stars in "Stargirl"?

When does "Stargirl" premiere?

"Stargirl" airs Tuesday, May 19th on The CW at 8 p.m. EST. DC Universe subscribers will get to stream the premiere a day earlier, on May 18th. The regular air dates will follow this pattern with DC Universe releasing episodes a day earlier than they air on The CW.

Will there be a "Stargirl" Season 2?

DC superhero shows traditionally last multiple seasons. "Stargirl" has a lighter tone than its frequently brooding counterparts on The CW. It's likely that the network will give it at least one more season and use it to tie in other Justice Society characters. Check back here for more updates on "Stargirl" season two.