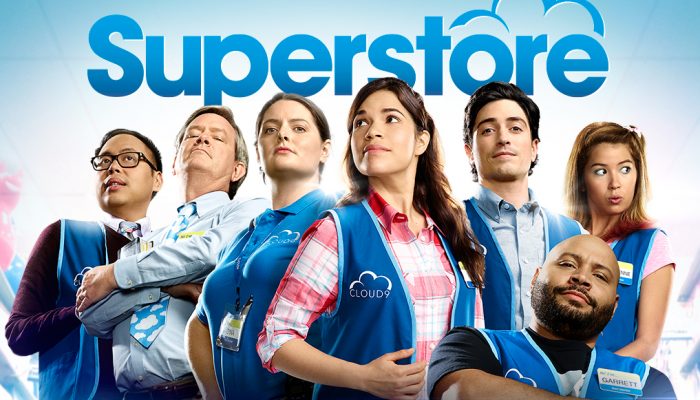 Has Superstore Season 6 survived the cancellation reaper? When is next season of Superstore on? Find out below!:

"Superstore" returns October 29th on NBC. Here's everything you need to know about the upcoming season:

What is "Superstore" about?

Per NBC: "'Superstore' is a hilarious workplace comedy about a unique family of employees at big box megastore Cloud 9. At the center is Jonah, a passionate optimist always looking out for his co-workers, including the sardonic Garrett, the sweet and fun-loving Cheyenne and the perpetually dismissed Sandra. Back in the manager job is Glenn, who once again finds himself butting heads with aggressive assistant manager Dina, but is now assisted by Mateo, who's pretty sure he would be running things by now if it weren't for his undocumented status."

What can we expect for "Superstore" Season 6?

The pandemic has delayed Amy and Jonah's relocation to California, meaning Amy will make an appearance at the start of season six. The opening episodes will feature scenes from early on in the pandemic. Workers will struggle to navigate panicked customers, new health and safety guidelines, and the reality of being deemed an "essential worker."

Who stars in "Superstore"?

When does "Superstore" Season 6 premiere?

The new season debuts October 29th at 8/7c on NBC. The season six premiere is also the show's 100th episode.

Will there be a "Superstore" Season 7?

NBC has not announced a seventh season for the show. Check back here for more updates on "Superstore" season seven.