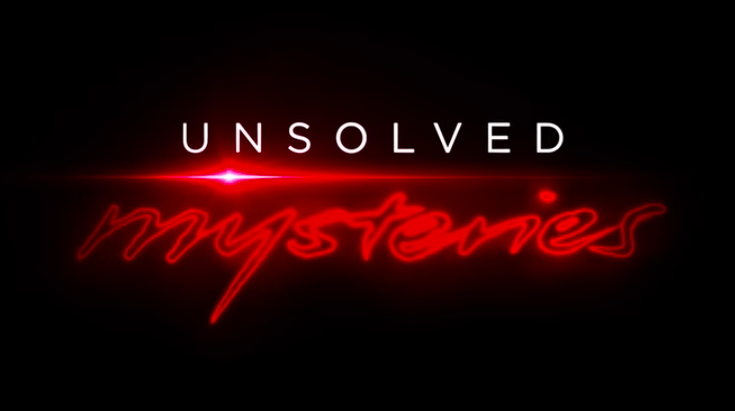 "Unsolved Mysteries" drops brand-new episodes on Netflix on Monday, October 19th. Here's everything you need to know about volume 2 of this documentary-style series:

What is "Unsolved Mysteries" about?

"Unsolved Mysteries" has had a storied past. The show began in 1987 and ran for 10 years on NBC before it moved to CBS, Lifetime, and Spike TV. The original series officially finished out its run in 2010. Netflix debuted its reboot of the popular franchise in July, bringing viewers more tales of paranormal encounters and strange disappearances.

Here's the official synopsis from Netflix: "Fusing signature elements from the original series with contemporary immersive, character-driven storytelling, the 12 new episodes are rooted in the experiences of ordinary people who have lived the unthinkable — from the trauma of a loved one’s unexplained disappearance or horrific death, to the shock of a bizarre paranormal encounter. Alongside detectives and journalists, family members offer clues, present theories, and identify suspects, hoping one viewer holds the key to solving the mystery."

The reboot is a joint project between the original creators of "Unsolved Mysteries" and the producers of Netflix's smash-hit "Stranger Things."

Is the "Unsolved Mysteries" reboot different from the original?

Yes and no. The mysteries themselves are similar to cases the show focused on in the past. Fans will even notice the same title music at the start of each episode. However, the new show only explores one mystery per episode, instead of four. Executive producer Shawn Levy told IndieWire, "We at 21 Laps ​— along with our partners at Cosgrove/Meurer Productions — ​made an early decision to have our storytelling dive deeper and establish a more intimate connection with the audience. To do that, you need time."

The reboot also does not have a host. Producers did not want to replace Robert Stack, the original host, who died in 2003.

How many episodes are there in "Unsolved Mysteries" Season 1?

Volume two will last six episodes and take viewers to other countries. Episode titles include, "Tsunami Spirits," "Stolen Kids," "Lady in the Lake," “Washington Insider Murder,” "A Death in Oslo," and "Death Row Fugitive." Overall, the first season will have a total of 12 episodes, according to IndieWire.

Will there be an "Unsolved Mysteries" Season 2?

Netflix has not announced plans to renew the series for a second season, yet. Check back here for more updates on "Unsolved Mysteries" season two.