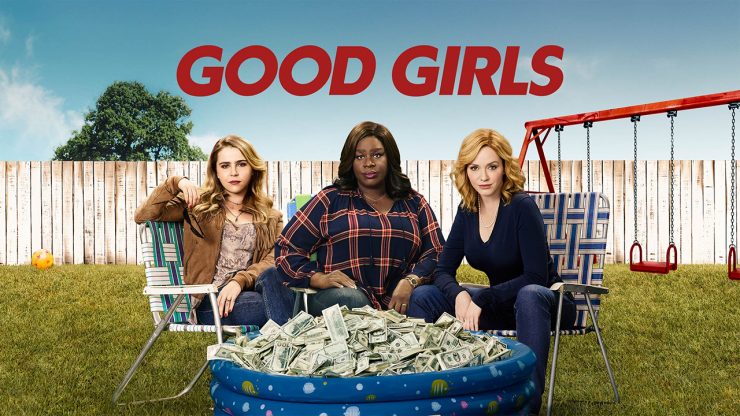 About Good Girls TV Show
Season 4 will premiere Sunday, March 7 at 10 p.m. EST on NBC. Sadly, Netflix users may have to wait a little longer. The initial three seasons reached the streaming platform nearly a year after their corresponding premieres, so expect to view season 4 of Good Girls on Netflix in 2022.

What's the premise of "Good Girls" Season 4?
Towards the end of season 3, Phoebe — possibly ready with convictive info she found on Ruby's phone — approached the ladies and naively had tried to crash in on their celebration. The phenomenon was working as a cliff hanger (exactly how much, does Phoebe currently know?), but as stated by producer Jenna Bans, Phoebe was only just beginning.

What is "Good Girls" Season 4 Premiere episode about?
Where we previously left the show, Phoebe was nearer than ever to getting some good information on the main girls after going through Ruby's phone. When she eventually meets Ruby, Beth, and Annie at the park, who are proudly honoring their recent accomplishments, something definitely doesn't seem right. The women avoid her questions, and it's uncertain which direction the story is going to turn to from this point.

What exactly does Phoebe see after going through Ruby's phone? Is she set out to further root herself into their illicit doings? We're hoping that, we'll find answers to these and many other questions when season 4 of Good Girls premieres.

Who stars in "Good Girls" Season 4?
Fans can expect to see some of their favorite characters such as:

How long is the "Good girls" Season 4?
The fourth season will pick up where it left off in season 3, with the release of 3 new episodes set to premiere in the latest season of the popular dramedy. Each episode will be released on a weekly basis and fans can expect to witness the release of more episodes as time goes by.

Will there be a Season 5 of "Good Girls"?
At the moment, NBC has not yet made an official announcement concerning the question whether they have renewed the show for yet another chapter, and the position of Good Girls season 5 is presently undetermined at this time. It is still early, and the information we have might change on this issue at any given time so fans should not give up hope.