Home | 2021-22 TV Premiere Dates | When Does ‘One of Us Is Lying’ Season 1 Premiere? Peacock Releases Teaser for New Show 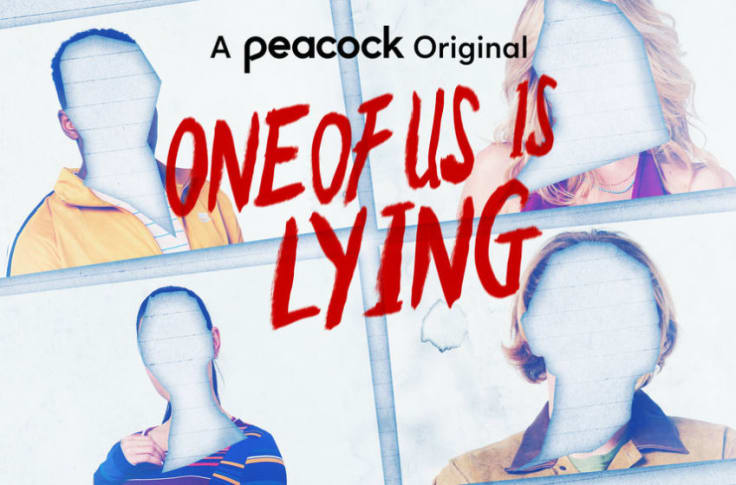 From Peacock comes a new mystery series, “One of Us Is Lying.” It focuses on what happens when five teens enter detention and one doesn’t make it out alive. Everyone is a suspect in this murder investigation!

The show stars Marianly Tejada, Cooper van Grootel, Annalisa Cochrane and Chibuikem Uche in a group of friends who are all trying to figure out what they want from life.

The story of five high schoolers who are embroiled in a murder investigation after only four walk out alive. The police must investigate the motive and each suspect has their own secrets to hide.

“One of US is Lying,” a gripping detective series that will be produced by UCP (a division of Universal Studio Group) and executive producer Darío Madrona. Erica Saleh wrote the pilot which was directed by Jennifer Morrison.

When does ‘One of Us Is Lying’ Season 1 Premiere?

There is no release date yet for “One of Us Is Lying” Season 1 on Peacock. Check back here for updates.