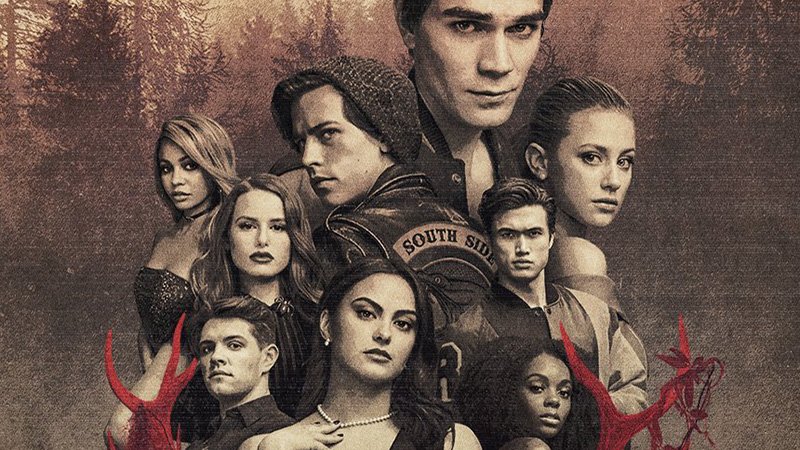 A new season of "Riverdale" debuts Wednesday, January 20th on The CW. Here's everything you need to know about the latest episodes:

What is "Riverdale" about?

"Riverdale" is a teen drama series based on the characters of Archie Comics. It follows Archie, Betty, Veronica, and Jughead in the quiet suburban town of Riverdale. It often focuses on the darkness that lurks beneath the surface in the picturesque town and the lives of its inhabitants. Season one originally debuted in 2017. Archie Comics' chief creative officer Roberto Aguirre-Sacasa adapted the series for The CW.

What can we expect for "Riverdale" Season 5?

Season four ended early due to a pandemic-related production shutdown. It concluded after 19 episodes instead of the scheduled 22. This means that season five will start with the remaining episodes from season four.

Episode four, however, will propel the Riverdale characters seven years into the future. There's limited information about what this means for the season. What we do know is that Vanessa Morgan's real-life pregnancy will be incorporated into the show. We also know that Veronica's new husband isn't Archie. It's a businessman named Chad Gekko. The final hint we have about the season is that Betty will be training to become an FBI agent.

Here's the official summary for Season 5 Episode 1: "Bett and Jughead's investigation into the auteur leads them to the discovery of a secret underground for red-band screenings; Archie agrees to participate in a boxing exhibition against KO Kelly."

Who stars in "Riverdale" on The CW?

When does "Riverdale" Season 5 premiere?

Catch the season premiere on January 20th at 8p.m. ET on The CW.

Will there be a "Riverdale" Season 6?

The CW has not announced plans for a sixth installment, yet. Check back here for more updates on "Riverdale" season six.