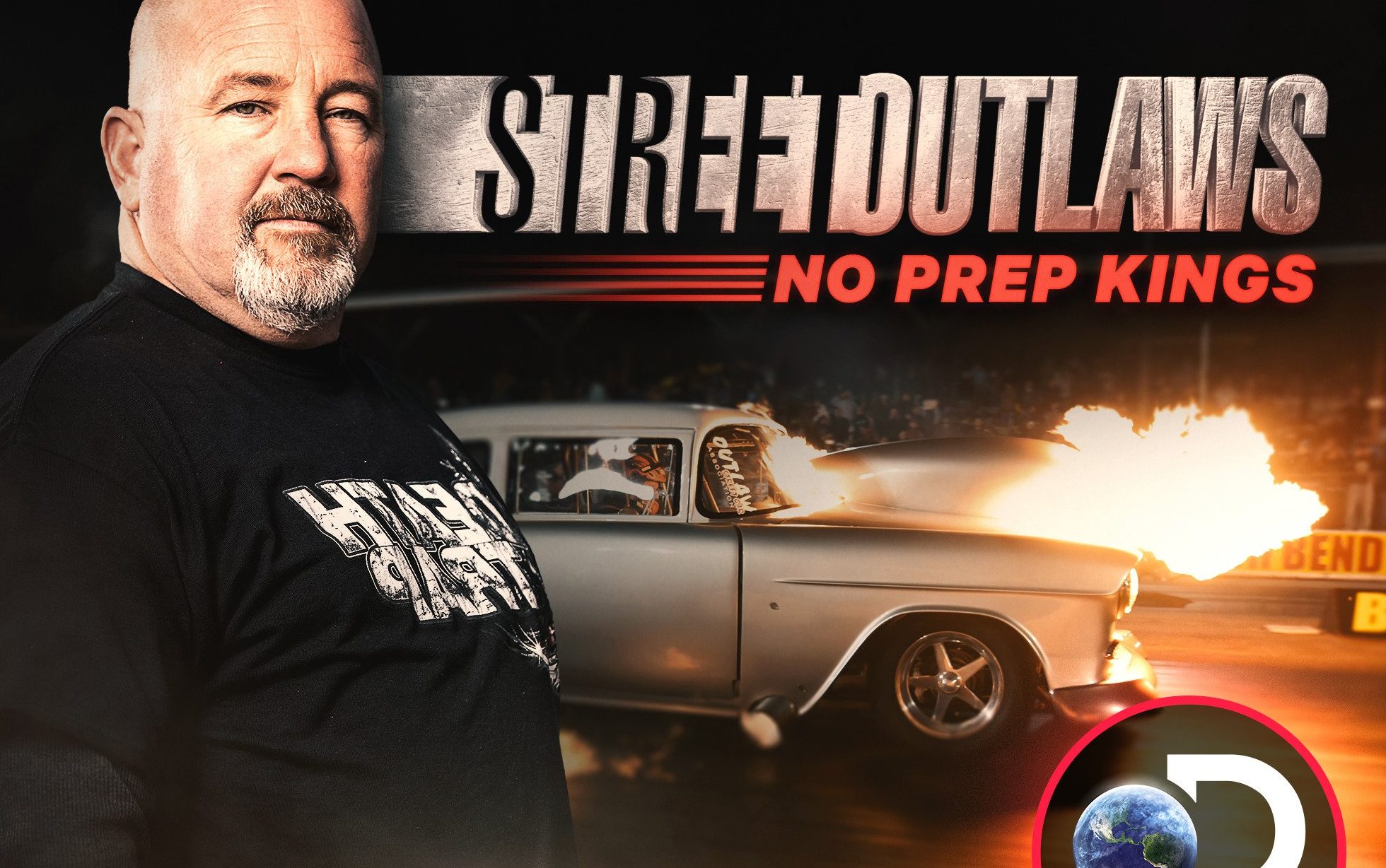 RACING BACK TO THE BASICS IN AN ALL NEW SEASON OF "STREET OUTLAWS: NO PREP KINGS" PREMIERING OCTOBER 7 ON DISCOVERY

The callouts are louder, the races are riskier, and the stakes are higher than ever as the best street racers in the country head back to the track for an all-new season of STREET OUTLAWS: NO PREP KINGS. With faster cars, new drivers and full-throttle thrills on and off the track, this season of STREET OUTLAWS: NO PREP KINGS promises to deliver as the teams compete across the country until only one driver is crowned as King... or Queen.

STREET OUTLAWS: NO PREP KINGS premieres Monday, October 7 at 9pm ET / PT on Discovery Channel. In addition to watching STREET OUTLAWS on Discovery, viewers can check out new episodes each week by downloading the Discovery GO app. Viewers can join the conversation on social media by using the hashtag #NoPrepKings and follow Street Outlaws on Facebook, Instagram, and Twitter for the latest updates. The series is produced by Pilgrim Media Group, a Lionsgate company.

The biggest names from NPK are back, including Oklahoma City's Chuck Seitsinger, Ryan Martin, Daddy Dave, Monza and Dominator, as well as New Orleans' own Kyle Kelley who makes his return to the NPK track.

With Texas-based drivers Mike Murillo and Birdman claiming the previous two championships, the 405 and NOLA teams must reassemble and find the resolve to take home the elusive NPK trophy at the end of the nine-race season. The pressure to bring home a championship has pushed the drivers to form new alliances, with surprising competitors stepping up to help their respective teams.

Lizzy Musi returns after battling it out at the bottom last season to become a top contender and racer to beat for New Orleans, potentially paving the way for the first female Outlaw to claim the NPK title. Meanwhile, Big Chief considers throwing his chip in the "no prep" bucket at the chance to help the OKC brotherhood.

From Florida to Texas, Colorado to Idaho, the best of the Street Outlaw titans lay it all on the starting line - but who will be crowned at the end?