Home | Renewed | When Does The End of the F***ing World Season 2 Start? Netflix Release Date 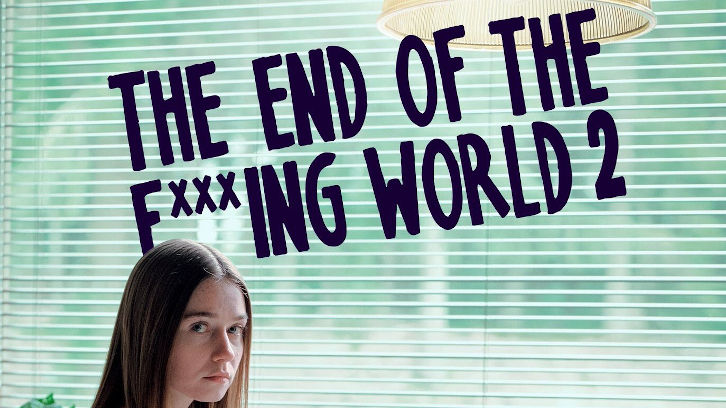 The End of the F***ing World TV Series Status

About The End of the F***ing World TV Show

- The critically acclaimed Emmy-nominated Netflix original series, The End of The F***ing World will return for a second season

- Writer Charlie Covell returns to pen season two, based on the award-winning comic series by Charles Forsman.
- Executive Producers: Murray Ferguson, Ed Macdonald, Andy Baker, Charlie Covell, Dominic Buchanan, Jonathan Entwistle.
- The End of The F***ing World was co-commissioned by Netflix and Channel 4.
- Season two will be produced by Clerkenwell Films and Dominic Buchanan Productions.
- Season two will premiere globally on Netflix, except in the UK where it will premiere on Channel 4.

Series Synopsis: Based on the award-winning graphic novel, adapted by acclaimed newcomer Charlie Covell, the eight episode first season follows James (Alex Lawther, Black Mirror) and Alyssa (Jessica Barden, Penny Dreadful) - a self-proclaimed psychopath and a foul-mouthed rebel fed-up with her boring life. The two embark on a roadtrip to find a better life, and escape the impending doom of adulthood. As their chaotic journey unfolds, it becomes apparent that James and Alyssa have crossed a line and have no choice but to take it as far as they can...

After a series finale that left viewers reeling, this series sets the action two years on, with Alyssa (Jessica Barden, The Lobster, the forthcoming Jungleland) still dealing with the fallout of the events of the first series.

The acclaimed first series garnered a legion of fans and instantly became one of All4’s most-binged shows. It remains the best performing original All 4 Exclusive ever.

The second series of the RTS Award-winning and BAFTA-nominated show sees the introduction of the new character of Bonnie, played by BIFA-winning Naomi Ackie (Lady Macbeth, the forthcoming Star Wars: Episode IX). Bonnie is an outsider with a troubled past and a mysterious connection to Alyssa.

As to the fate of James (Alex Lawther, Black Mirror), who we last saw shot on a beach at the end of series one, expectant fans awaiting the new series — which will have its global premiere on Channel 4 this November – will have to watch on to find out…

Charlie Covell returns to write The End of the F***ing World which is inspired by the characters from the award-winning series of comic books by Charles Forsman. The original songs and score will again be written and performed by Graham Coxon. British directors Lucy Forbes (In My Skin) and Destiny Ekaragha (Gone Too Far) direct the first and second block respectively.

The series is produced by Clerkenwell Films and Dominic Buchanan Productions. Executive Producers are Murray Ferguson, Ed Macdonald, Andy Baker, Dominic Buchanan, Jonathan Entwistle and Charlie Covell. The Producer is Jenny Frayn. It was commissioned by Lee Mason, Commissioning Editor for Channel 4 Drama. It is a co-production from Netflix and Channel 4.