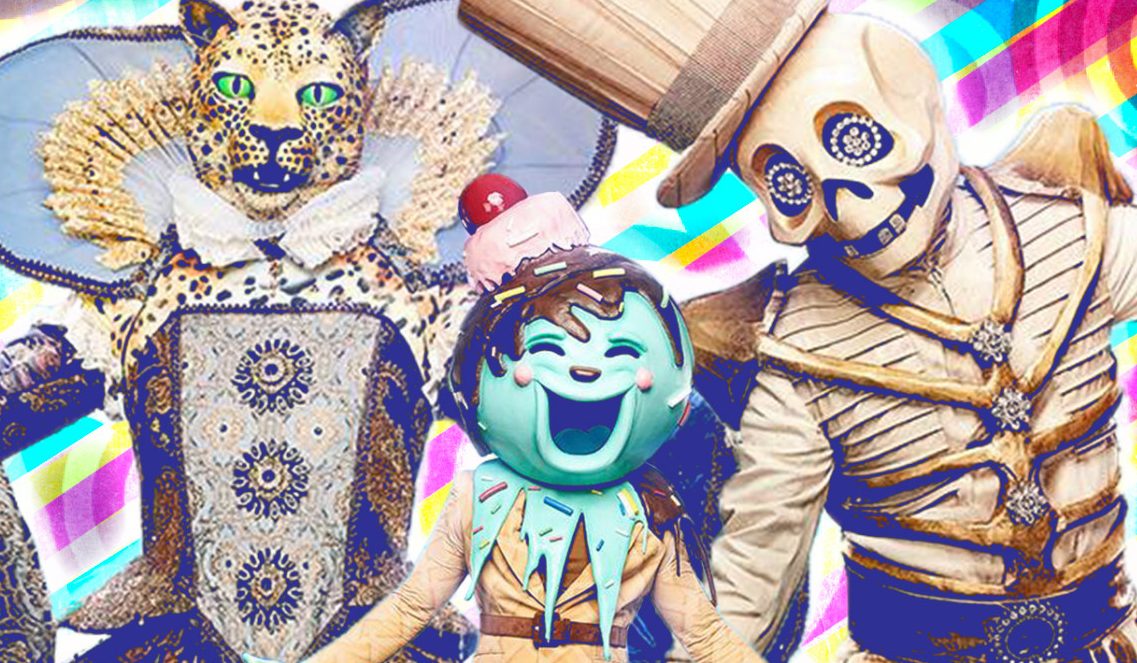 About The Masked Singer TV Show

Fox announced the fifth season of "The Masked Singer" will premiere Wednesday, March 10th, at 8 p.m. Here's everything we know about the show so far:

What is "The Masked Singer"?
"The Masked Singer" is a leading singing contest in which various celebrities compete against each other while covered from top to bottom in extravagant outfits, hiding their identity. With every performance, the host, guests, viewers, and even the other contestants in the show have to try to guess who the vocalist is under their mask. The artists might attempt to confuse the crowd and keep them guessing, but avid watchers usually look out for little clues here and there that are camouflaged throughout the show. A new singer is eliminated every week. The live audience will vote for their favorite singer and the contestant with the least votes at the end of an episode will have to reveal their identity to everyone.

Who's judging this season of "The Masked Singer"?
The judges' panel for this fifth installment once again consists of Robin Thicke, Jenny McCarthy, Ken Jeong and Nicole Scherzinger.

Who are the contestants in "The Masked Singer" Season 5?
This season of the Masked Singer will exhibit newer characters with extravagantly beautiful costumes. High quality pictures have already been released, giving enthusiastic fans a sneak peek of which characters, they can expect to see in the upcoming season. The new characters include: Black Swan, Chameleon, Grandpa Monster, Phoenix, Porcupine, Russian Doll and Seashell. More will be unveiled soon. The mystery stars concealed behind these masks will be unveiled one-by-one throughout the season.

Who won last season of "The Masked Singer"?
Viewers were biting their nails when it was finally time to select a winner for Season 4 of The Masked Singer. When the trio was unmasked, it was revealed that Crocodile won third place and was unmasked as Nick Carter. Mushroom was a runner-up and revealed to be Aloe Blacc. Finally, Season 4's winner was the famous: Sun. Sun turned out to be Le Ann Rimes.

When will "The Masked Singer" air?
Season 5 is set to premiere March 10th at 8 p.m. ET/PT. Episodes will continue to broadcast regularly on Fox on Wednesdays at 8 p.m. Fans can also watch episodes a day late on Hulu.

Will there be a "The Masked Singer" Season 6?
There hasn't been an announcement yet for the renewal on a season 6 of the popular show. Although, fans will definitely be keen to watch yet another season of this nail-biting show. So, we are more than positive that Fox will continue to renew the show for at least 3 more seasons to come. Check back here for more updates on "The Masked Singer" season five.

For even more The Masked Singer cancellation/renewal news, see here.