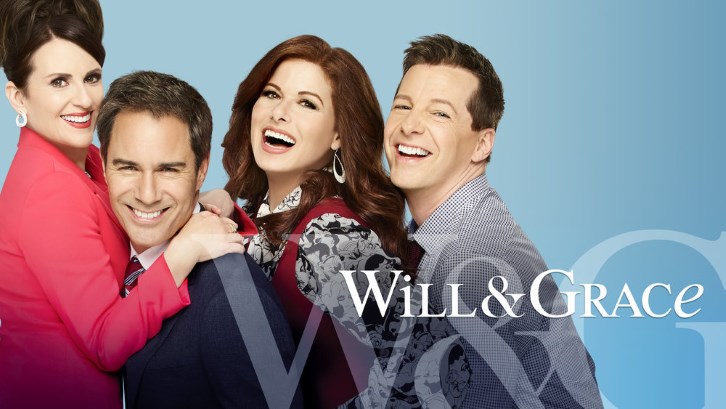 Has Will & Grace Season 11 survived the cancellation reaper? When is next season of Will & Grace on? Find out below!:

Will & Grace SEASON 11 Renewed By NBC

About Will & Grace TV Show

What can we expect for the "Will & Grace" series finale?

The finale will tie up a lot of loose ends in a way that will leave fans sad but satisfied. The finale is aptly titled, "It’s Time." Here's the official logline from NBC: "With the apartment packed up, Will (McCormack) is determined not to reminisce about his life in the city or his ex, McCoy (guest star Matt Bomer). Grace (Debra Messing), on the verge of giving birth, keeps having false alarms of going into labor. Karen (Megan Mullally) goes to the top of the Statue of Liberty to get closure with her ex-husband. Jack’s (Sean Hayes) dream of taking a bow on a Broadway stage becomes a very real possibility. Minnie Driver and Brian Jordan Alvarez guest star."

When NBC announced the show was ending, George Cheeks and Paul Telegdy, Co-Chairmen of NBC Entertainment, said, "When NBC had the opportunity to reconnect this amazing cast and creative team, we jumped at the chance. The impact and legacy of ‘Will & Grace’ simply can’t be overstated, both as a true game-changer in the portrayal of the LGBTQ community and as one of the finest comedies in television history. A huge thank you to Max, David, Jimmy and a cast that is second to none for their brilliance over an incredible run."

Will there be a "Will& Grace" tribute?

There will be a half-hour retrospective immediately following the final episode. According to Deadline, the retrospective will be hosted by Eric McCormick and will feature reactions from fans and celebrities who have followed the show throughout the years. The cast will also reflect on what the show has personally meant to them.

For even more Will & Grace cancellation/renewal news, see here.