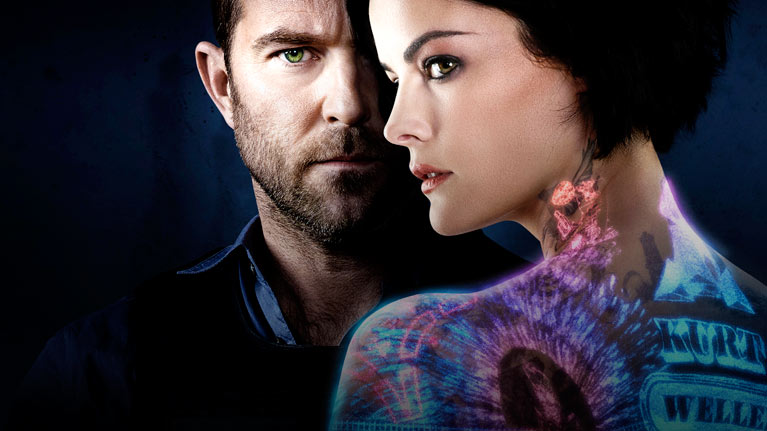 Has Blindspot Season 5 survived the cancellation reaper? When is next season of Blindspot on? Find out below!:

"Blindspot" returns a little earlier than anticipated this year. Here's everything you need to know about the updated release date:

"Blindspot" premiered on NBC in 2015. According to NBC, the show follows a woman who mysteriously appears in Time Square with no memory of who she is or why she's there. The only clues she has to go off of are tattoos all over her body. However, the tattoos aren't clues to her own identity, but clues to the culprits of a series of crimes. She'll have to work together with FBI agents to solve cases and hopefully discover details of her own background.

What can we expect for "Blindspot" Season 5?

The ending of season four was a major cliffhanger. Jane, Weller and the rest of the FBI team were framed for something called Project Helios. While on the run from authorities, they thought they had managed to find a safe house. However, someone must have leaked the location of their remote cabin because the last few minutes of the episode showed a missile targeting and destroying the house.

We're anticipating that the first episode of season five will reveal who got out alive besides Jane. Showrunner Martin Gero told TVLine, "Should members of the team survive, they’re bonded together now, closer than they’ve ever been. For the ones that can make it out, there’s going to be a great unity and a great common purpose of, ‘We’ve got to fix this together. We have to trust each other.’ It’ll be some of the purest team stuff that the show’s ever done."

The logline for Season 5, Episode 1 reads, "Jane gets a strange message from an unknown ally, allowing her to mount a rescue mission to free Rich Dotcom from a CIA black site, but she'll need help from her old rival Sho Akhtar.

Who stars in "Blindspot" Season 5?

When does "Blindspot" premiere?

"Blindspot" season five was initially set to last this summer. However, NBC moved up the premiere date in response to scheduling changes resulting from the coronavirus pandemic. "Blindspot" will premiere April 30th at 10/9c.

Will there be a "Blindspot" Season 6?

No. NBC announced that season five would be the show's final season. Fans will have just 11 episodes to say goodbye to their favorite characters.