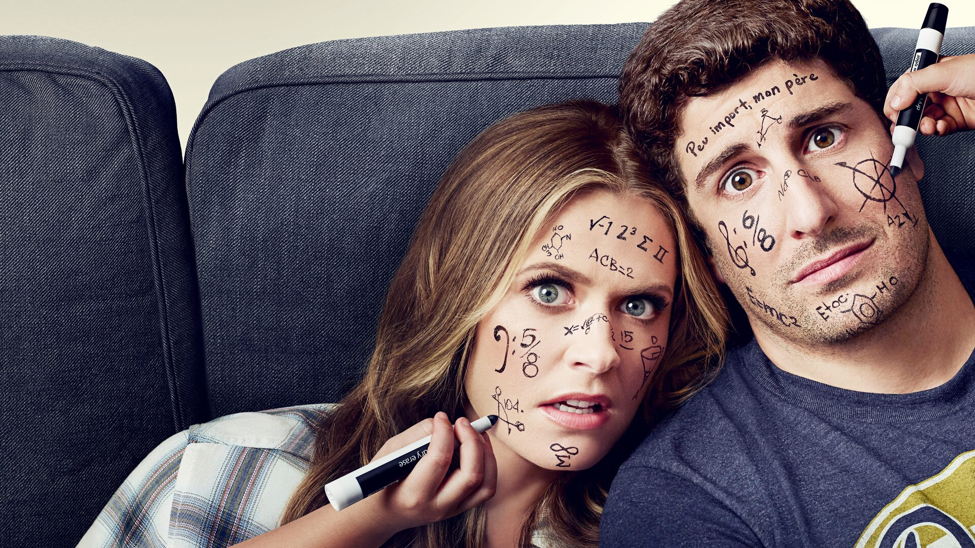 Has Outmatched Season 1 survived the cancellation reaper? When is next season of Outmatched on? Find out below!:

From writer/executive producer Lon Zimmet ("LA to Vegas") comes OUTMATCHED, a multi-camera family comedy about a blue-collar couple in Atlantic City trying to raise four kids - three of whom just happen to be certified geniuses. For most parents, parenting is hard. But for CAY (Maggie Lawson, "Lethal Weapon," "Psych"), a caustic, take-no-prisoners casino pit boss, and husband MIKE (Jason Biggs, "Orange Is the New Black," the "American Pie" franchise), a handyman and uncultivated guy's guy, parenting may as well be advanced calculus. Dealing with the demands and egos of three high-IQ children would be tricky for any parent, but it's especially hazardous for two working stiffs who barely got through high school. Mike and Cay are committed to bringing some normalcy to their kids' hectic, unconventional childhoods, but these geniuses don't make it easy. Leading the charge is BRIAN (Connor Kalopsis, "The Grinder"), a condescending and pretentious 16-year-old math whiz, who thinks he already knows more about the world than Mike and Cay ever will, even though he's never actually been out of New Jersey. His 15-year-old sister, NICOLE (Ashley Boettcher, "Lost in Oz"), is a deceptive and fiercely competitive language prodigy who can manipulate her parents into getting anything she wants. The youngest and most recently anointed child prodigy is MARC (Jack Stanton, "The Mick"), a 10-year-old music savant. Introverted and idiosyncratic, he just wants everyone to leave him alone, so he can become the next Beethoven in peace. The only child not driving their parents crazy is eight-year-old LEILA (Oakley Bull, "Beautiful Boy"), who is decidedly not a genius. In fact, she might be kind of dumb. She's the only kid Mike and Cay even remotely understand. OUTMATCHED takes an honest and heightened look at every parent's worst fear - that they're "ruining" their kids. When you have children with the type of gifts that can change the world, the pressure is really on. Raise them right, and these kids could cure cancer, stop global warming or invent time travel. But screw it up, and you could unleash three new super villains into the universe - good luck!

Never miss the release of Outmatched: favorite this page or subscribe to TVReleaseDates.com to receive free weekly release dates right into your inbox!: