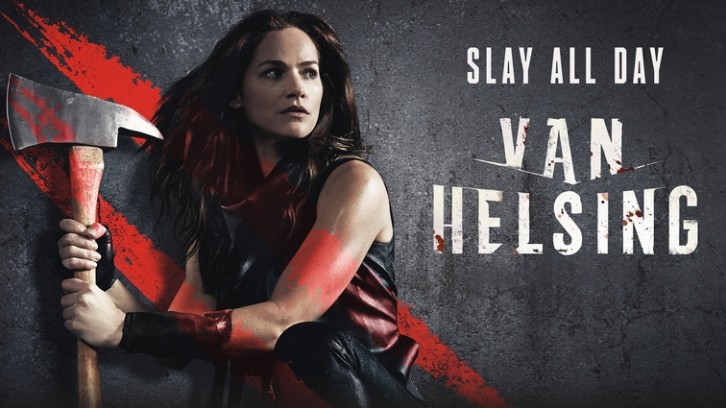 Syfy will air it’s long-running, supernatural hit Van Helsing, for the last season of the show on Friday, April 16, 2021.

What is the premise of “Van Helsing” Season 5?

In season 4, Col. Nicholson, in order to get medical assistance for Jack and Violet, takes Axel and Julius to the Sunshine Unit — a secret unit that studies cures for combatting vampires. When the team arrives, they discover that the spot has been filled with a strange type of orange powder, bodies of Daywalkers, and a living Daywalker who is impeccably strong. In the fight that arises, Nicholson is killed, and Axel and Julius suffer terrible wounds, ones that might not heal.

After that, we are then brought back to the past through flashbacks where we follow Jack and Violet back to when they had arrived at the Dark Realm and were confronted by Dracula — who stated that Hansen had used them in a manipulative way. Jack believed Dracula’s lies because during the current era, Jack is actually Dracula — who’s objective is to murder the President. In order to halt an unavoidable fate, Ivory liberates Violet, and they come together to help prevent the Dracula from getting away. However, they are shot down by the soldiers in the end, Jack is still living in the Dark Realm but trapped in a casket.

What is “Van Helsing” Season 5 about?

Season 5 is expected to pick up just where it left off in season 4. Loose ends and threads will be tied up in this final season.

“Vanessa, Violet, and Jack will risk it all to finally bring an end to the Dark One once and for all. The Van Helsings must figure out ways to escape and evade the various obstacles in their path to prevent them from their mission, leading to an epic final showdown between the Van Helsings and the Dark One. Who will win the battle between light and dark?”

Who stars in “Van Helsing” Season 5?

The usual cast members are expected to return to put an end to the long-running series.

This means that Kelly Overton will be returning as Vanessa Van Helsing, while Jonathan Scarfe will also return as Axel Miller. David Cubitt and Christopher Heyerdi will return to play the roles, John and Samuel.

A few other cast members include Trezzo Mahoro as Mohamad, Tim Guinee as Ted, and Rukiya Bernard as Sarah Caro,l amongst others.

How long is “Van Helsing” Season 5?

The final season of “Van Helsing” will consist of 13 jam packed episodes, each being an hour long.

Will there be a Season 6 of “Van Helsing”?

Van Helsing has demonstrated a concept that’s been adored by many, even before the series had begun. Therefore, fans are devastated that the series will finally be coming to an end. Season 5 will be the final season of the show and it will not be renewed for another season. Don’t fret though, there may still be a possibility of another similar mystical, sci-fi show arising soon. Check back here for more updates and announcements.